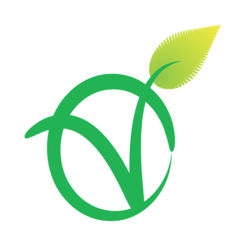 The EAT-Lancet report, published by The Lancet in January 2019, has been presented as the product of 37 scientists from around the world who gathered to evaluate the science on diet and both  human health and the health of the planet. These are separate scientific questions that each deserve careful evaluation.

It’s important to note that there are significant scientific controversies on both these questions. On diet and health, I can safely say that there is an enormous amount of legitimate scientific dispute surrounding the question of whether a plant-based diet is best for health and also whether minimizing red meat in the diet is healthy or even safe. The best, most rigorous (clinical trial) evidence supports the idea that red meat does not cause any kind of disease. There are also a number of analyses showing that diets low in animal foods are nutritionally deficient, thereby increasing the risk of many diseases and interfering with normal growth and brain development in children.

Evaluating the science on any subject requires convening a range of viewpoints so that scientific controversies can be fairly evaluated and discussed. Presumably The Lancet, an old and venerable journal, knows this. And yet an examination of the EAT-Lancet authors reveals that more than 78% of them (28 out of 37) espoused vegetarian views before joining the EAT-Lancet project.

This was clearly a highly biased group, and the outcome of their report was therefore inevitably a foregone conclusion. Convening a one-sided group on a topic cannot be expected to produce a balanced outcome. It would be like pretending to negotiate an agreement in Congress with only one party at the table. Like-minded people talking to themselves is not a scientific debate, and the product of these inbred conversations cannot be considered a scientific product.

The leader on diet and health for EAT-Lancet was Harvard’s Walter Willett, whose potential conflicts of interest are too extensive to list in this post. They include intellectual and financial conflicts, as well as affiliations with vegetarian groups, all of which are contained in a separate 8-page document here.

None of these potential conflicts of interest are disclosed in the Lancet paper, which seems to be an extraordinary oversight.

Here are two emails for The Lancet if you would like to contribute your views on this issue: ombudsman@lancet.com, editorial@lancet.com

A list of the EAT-Lancet authors and their potential conflicts of interest are below.

Authors in red are those who have, through their work, been promoting vegetarian, anti-meat views since before joining the EAT-Lancet Commission.

Please feel free to report errors or missed information in the comments section, and I will endeavor to update/correct as quickly as possible.

Jan 27: Updated to correct information on Tara Garnett.
The two more recent updates were to remove 2 authors for whom the evidence did not, I believe, strongly support the statement that they had advocated for vegetarian diets before coming to EAT Lancet. I think I was wrong, and it’s always good  to acknowledge errors. The overall point remains that a large majority of EAT-Lancet authors were biased against meat. The difference between 78% (corrected number) and 80% (original number) is small.