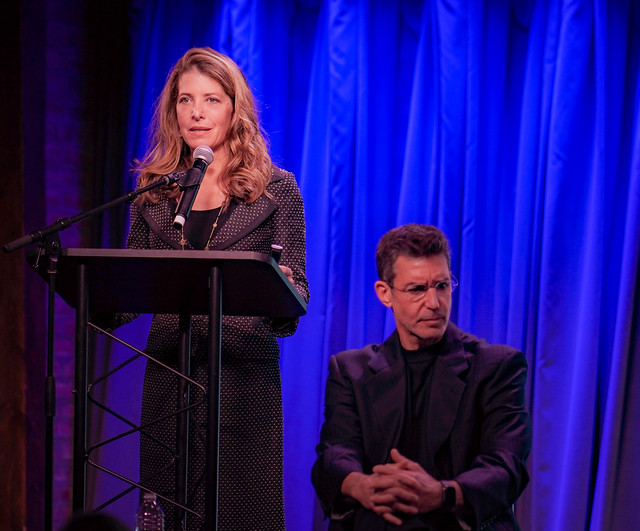 The resolution was: There is little or no rigorous evidence that vegetarian/vegan diets are healthier than diets that include meat, eggs, and dairy.

I argued the affirmative (i.e., there is no rigorous evidence), and Katz argued the negative (i.e., there is rigorous evidence.) It was a somewhat topsy-turvy debate, because really, Katz was essentially arguing the affirmative (i.e., there is rigorous evidence) and thus, he should have gone first, so that my presentation could have been a critique to the evidence he put forth. Instead, I went first and had to predict what evidence he might present. Let’s agree, it wasn’t the best set-up as a debate. However, Katz and I both agreed to it many months in advance via multiple meticulous emails sent to us by the SoHo Forum director and moderator Gene Epstein. In my opinion, a professional person does not complain about something to which they’ve agreed. In his presentation, Katz went on at length displaying his published papers and books, presumably to make the case that he is a highly accomplished professional, yet he also spent many precious minutes protesting that the debate was unfair, that he’d been dealt a raw hand. Not very professional.

I feel OK about my performance although later thought of ways I could have argued more effectively. Here are a few things I wish I had observed and said in the moment:

To win the debate, Katz only had to show some rigorous evidence that a vegan/vegetarian is superior to other diets. In my view, 3-4 rigorous clinical trials would have been enough. Yet Katz did not do that.

Instead, he ran down the clock with diversionary tactics. Including:

Why would Katz run down the clock? Because Katz had no real evidence to present. And in fact, he presented no rigorous evidence.

Normally, at a scientific meeting, one shows a study, along with its conclusion, in a transparent way so that audience members can see it clearly. Katz did not do this. He presented an incomprehensible drive-thru blur of the data, the equivalent of taking a 200-page loose-leaf English paper to your teacher and dumping it in a disorderly pile at his or her feet, saying, ‘See? I’ve written a perfect paper.” To which the teacher replies, “How would I know? I have had no chance to read or examine it.”

This is, in effect, what Katz did. At 100 mph, he flashed through studies in which the conclusions were blotted out by a block quote. In the millisecond one had to look at the quote Katz had selected, one wondered: did it represent paper’s primary conclusion? No one could tell. It was impossible to evaluate the evidence he presented. This was, in effect, the presentation of zero evidence.

Katz kept apologizing that he had no time to go into depth with any of these studies, but let’s remember, he ran down the clock focusing on extraneous things. He did this to leave no time for the evidence, because he had no evidence.

Indeed, the one study that he singled out to show in detail–presumably the best evidence he could muster–was the highly flawed Ornish study, on only four dozen men with multifactorial interventions (not just diet), in which ultimately, two people died on the plant-based diet vs. one of the controls. This was his best, featured data. Not much, by  anyone’s standards (see a partial critique of the Ornish study here; a more complete critique is in my book).

The rest of the evidence that Katz included in his rapid-fire drive-by were a blur of observational studies, which–as I stated in the debate–have an only  0-20% chance of being accurate.

Update 6/10 A doctor has been fact-checking the trials that Katz presented and found that the majority do not represent what Katz said they did. Check out his work on Twitter @AmirWeiss1

Thus, in response to the resolution, There is little or no rigorous evidence that vegetarian/vegan diets are healthier than diets that include meat, eggs, and dairy, the answer must be YES, i.e., there is no rigorous evidence, or at least Katz presented none.

The outcome: Technically, Katz won, because his votes had a higher percentage increase, but in terms of the actual number of votes gained from those who were undecided, it was a tie. Afterwards, quite a few people said that they didn’t understand what they were voting for, since the YES (against the evidence) vs. NO (for the evidence) distinction was confusing to many. Gene Epstein, the event moderator, later commented, “Clearly the debate would have gone more smoothly if we had phrased the resolution positively–the confusion among voters could have been avoided.” He added, “It was a narrow win in which both sides picked up points. Katz was greatly helped by the fact that microphone was monopolized by his supporters. Real wins are characterized by differences of 20% or more, which was not the case here.”
A few other points:

David Katz’s Ad Hominem Attacks (a selection, as cited in the debate):

“The parasites of science who have no apparent interest in the weight of evidence, and instead feed selectively on studies… in close quarters with the fools and fanatics…They are a greater peril to us all”   —David Katz, Huffington Post column, 10/1/15

“the cabal in question… including a band of wingnuts living in their mothers’ basements… –David Katz, Huffington Post column, 10/23/15

“Nina is shockingly unprofessional … She is an animal unlike anything I’ve ever seen before.” —quoted in The Guardian  “The Sugar Conspiracy,” by Ian Leslie, April 7,. 2016 “Despite requests, he cited no examples of her unprofessional behaviour.’

David Katz’s Conflicts of Interest (as cited in the debate, only a partial list):