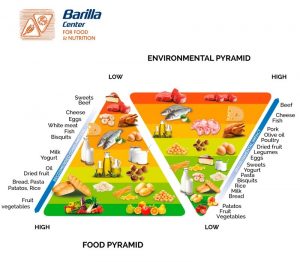 See this post at The Nutrition Coalition about how Barilla pasta has for nearly a decade been funding a major campaign to promote carbs as “Good for health and good for the planet.” This involves promoting grains/pasta as healthy, which the company has been doing by funding nutrition scientists to “find” that pasta helps with weight loss. Barilla also supports multiple groups promoting the notion that more plants and less livestock would be the best for environmental reasons. All this is based on extremely weak science, but clearly the company has been extremely successful. These views are now virtually accepted as de facto truths despite–again–the fact that they are supported by weak, conflicting science at best. The PR message has leapt out way ahead of reality.

The convergence of Barilla’s mission with the passions of vegan/vegetarians and animal-rights activists is obvious. It seems that a corporation is fueling these ideological interests. Whatever this is, it’s not about science or health.