Home » Blog » Concern About the Science of the DGAs 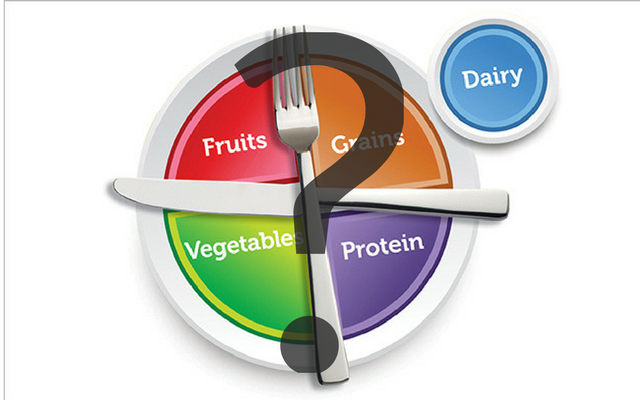 There has been broad concern about the Dietary Guidelines and whether they are based on good science and/or have promoted good health:

“Despite concerns for the lack of high-quality scientific evidence, the government and all the major professional nutrition associations had by the 1990s recommended that everyone beyond infancy eat a high-carbohydrate/low-fat diet. Americans were told to substitute all fats with a variety of carbohydrates, including six to 11 servings of grain products daily, as exemplified by the original Food Guide Pyramid.” Yet this low-fat diet has been “a failed experiment.”
—David Ludwig, professor of pediatrics at Harvard Medical School and Boston Children’s Hospital, op-ed on CNN.com based on a piece published in the Journal of the American Medical Association.

“Despite being controversial recommendations based on weak scientific evidence, the United States Department of Agriculture (USDA) created in 1980 a food pyramid and placed carbohydrates at its base.  This national nutritional experiment contributed, as we know now, to the increased prevalence of obesity.”
—Osama Hamdy, Medical Director, Joslin Diabetes Center, Harvard Medical School, Nutrition Revolution: The End of the High Carbohydrates Era for Diabetes Prevention and Management, January 11, 2015.

“The [Dietary Guidelines] committee seems to be completely dissociated from the top level scientific community, and unaware of the most updated evidence. There are now several new meta-analysis of both observational studies and also of randomized controlled trials clearly showing that there is no benefit of reducing saturated fat in the diet. All analyses and research can be criticized, but these meta-analyses have been published in leading scientific journals typically after critical reviews by 3-5 independent scientists (including a statistician), and by expert editors, so they cannot and should not be dismissed so easily….Equally important is that the scientific studies that were the basis for the ‘cut down on saturated fat recommendations have been re-evaluated, and it is quite clear that today we would have concluded that there is no robust evidence to substantiate the advice.”
—Arne Astrup, Head of Department of Nutrition, University of Copenhagen, quoted in Cardiobrief

“These guidelines are hugely influential, affecting diets and health around the world. The least we would expect is that they be based on the best available science. Instead the committee has abandoned standard methodology, leaving us with the same dietary advice as before – low fat, high carbs. Growing evidence suggests that this advice is driving rather than solving the current epidemics of obesity and type 2 diabetes. The committee’s conflicts of interest are also a concern. We urgently need an independent review of the evidence and new thinking about diet and its role in public health.”
—Dr Fiona Godlee, Editor in Chief, The BMJ  The BMJ, September 24, 2015.

“Important aspects of these recommendations remain unproven, yet a dietary shift in this direction has already taken place even as overweight/obesity and diabetes have increased. Although appealing to an evidence-based methodology, the DGAC Report demonstrates several critical weaknesses, including use of an incomplete body of relevant science; inaccurately representing, interpreting, or summarizing the literature; and drawing conclusions and/or making recommendations that do not reflect the limitations or controversies in the science.”
— Hite et al, Nutrition 2010.

“It seems reasonable to consider…whether the guidelines can be trusted and whether they have done more harm than good.”
—David A. McCarron, University of California, Davis Wall Street Journal, op-ed, Nov. 27, 2015

“Dietary Guidelines: Are We on the Right Path?” The DGAs are only weakly associated to better health outcomes and reduced risk of chronic disease.
— Joanne Slavin, University of Minnesota, former member of the Dietary Guidelines Advisory Committee,Nutrition and Policy (2012)

“At the end of this year, the federal government will issue a new set of dietary guidelines, but what’s clear to many in the scientific community is that the dietary guidelines report is not ready for primetime. The process under which they were developed clearly needs enhancing to ensure that Americans are being provided the strongest, most accurate recommendations based on the most rigorous science available.”
—Cheryl Achterberg, The Ohio State University, former member of the Dietary Guidelines Advisory Committee, “Rigorous Science Must Decide Dietary Guidelines to Combat Health Epidemics”, Roll Call (2015

“Government dietary fat recommendations were untested in any trial prior to being introduced.”
—Zoe Harcombe, British OpenHeart Journal (2015)

“Despite our evidence-based review lens where we say that food policies are ‘science based,’ in reality we often let our personal biases override the scientific evidence… it may be time for a new approach to dietary guidance in the United States.”
—Joanne Slavin, University of Minnesota, former member of the Dietary Guidelines Advisory Committee,Nutrition and Policy (2015)

“The guidelines changed how Americans eat… In place of fat, we were told to eat more carbohydrates… Americans, and food companies and restaurants, listened — our consumption of fat went down and carbs, way up. But nutrition, like any scientific field, has advanced quickly, and by 2000, the benefits of very-low-fat diets had come into question… Yet, this major change went largely unnoticed by federal food policy makers.”
—Dariush Mozaffarian, Tufts University and David Ludwig, Harvard Medical School, “Why is the Federal Government Afraid of Fat?”, New York Times (2015)

“I and a team of researchers have studied the data that these guidelines are based on and have come to the conclusion that the data are scientifically flawed. That’s because most of the data on which dietary guidelines are based were gathered by asking people to recall what they had consumed in the recent past—something people are notoriously bad at remembering.”
—Ed Archer, University of Alabama, “The Dietary Guidelines Hoax”

“The U.S. government has been providing nutrition guidance to the public since 1980. Yet 35 years later their influence on eating habits has been negligible…If policy makers expect to influence Americans’ eating habits… things must change.”
—Cheryl Achterberg, The Ohio State University, former member of the Dietary Guidelines Advisory Committee, “Government Food Cops are Out to Lunch”, Wall Street Journal (2015)

“The low-fat–high-carbohydrate diet, promulgated vigorously by…National Institutes of Health, and American Heart Association…and by the U.S. Department of Agriculture food pyramid, may well have played an unintended role in the current epidemics of obesity, lipid abnormalities, type II diabetes, and metabolic syndromes. This diet can no longer be defended by appeal to the authority of prestigious medical organizations or by rejecting clinical experience and a growing medical literature suggesting that the much-maligned low-carbohydrate–high-protein diet may have a salutary effect on the epidemics in question.”
—Sylvan Lee Weinberg, MD, “The Diet-Heart Hypothesis: A Critique. Journal of the American College of Cardiology (2004)

“Make Science and Public Health the Focus of the Dietary Guidelines”
The Hill (2015)
Jeff Volek, PhD, Department of Kinesiology, the University of Connecticut and Stephen Phinney, PhD, MIT.