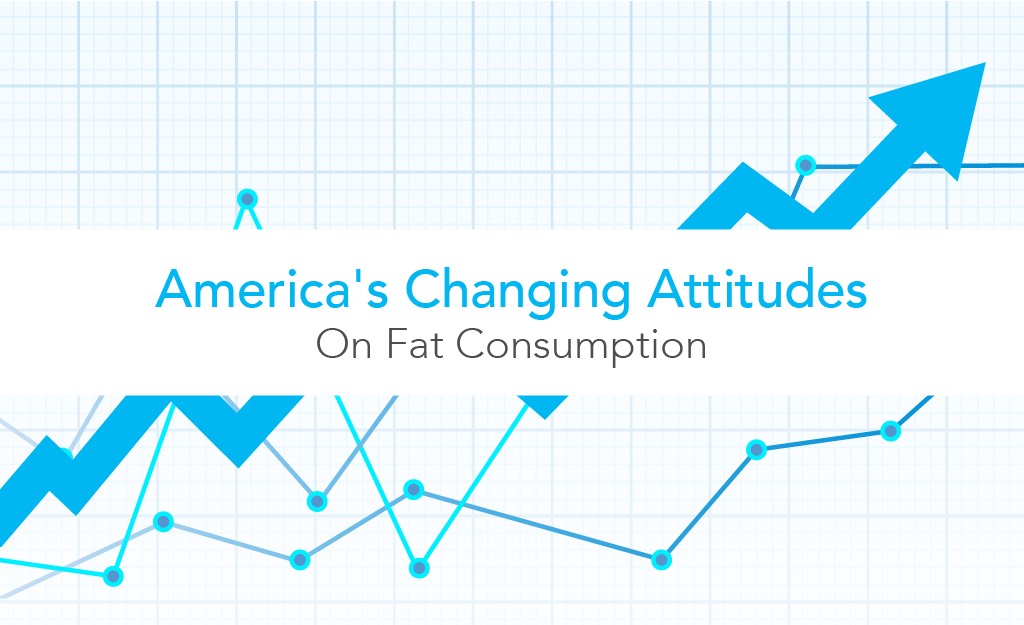 For nearly half a century, the low-fat diet has cautioned Americans against eating fat. Yet according to a recent Gallup survey, the fear of fat is melting.

Gallup recently surveyed Americans between the ages of 18 and 65, with results below. 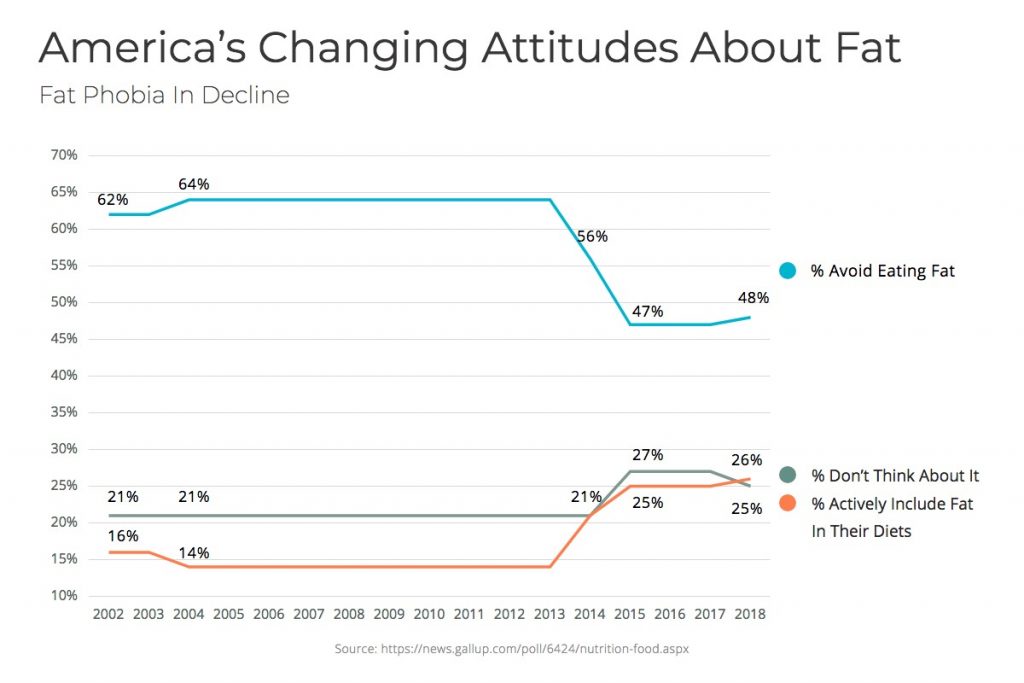 Over the past five years, the proportion of people who say they actively avoid eating fat has decreased from 64% to 48%. This is a stark change from previous years. People are clearly learning the message that diets higher in fat and lower in carbs are good for health

The poll also reveals a dramatic increase in the proportion of people who are actively trying to incorporate fats into their diets. Meanwhile, the people who just don’t bother to think about fat in their diets has also increased in recent years. The overall headline is clear: For Americans, fat is no longer taboo. 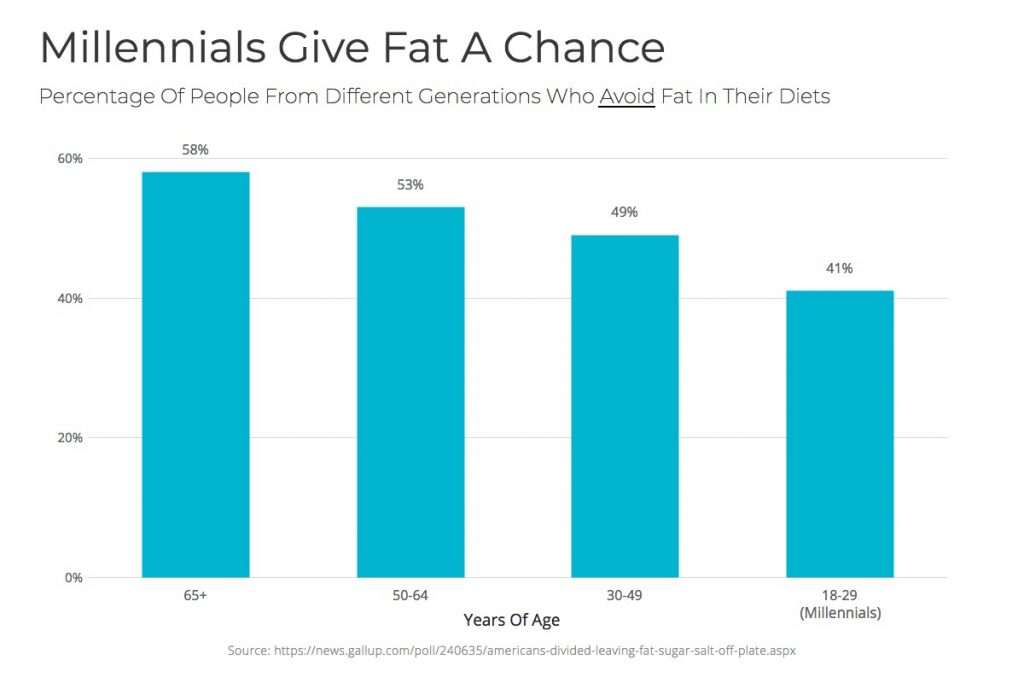 Since the low-fat diet craze began in the 1970s, people who were then in their formative years and are now aged 65+, still clearly have a preference for that diet. Younger people coming of age in an era where fat is no longer a dietary villain, however, are developing different attitudes. Generation X is the first group in which less than half of the population is opting to avoid fat. 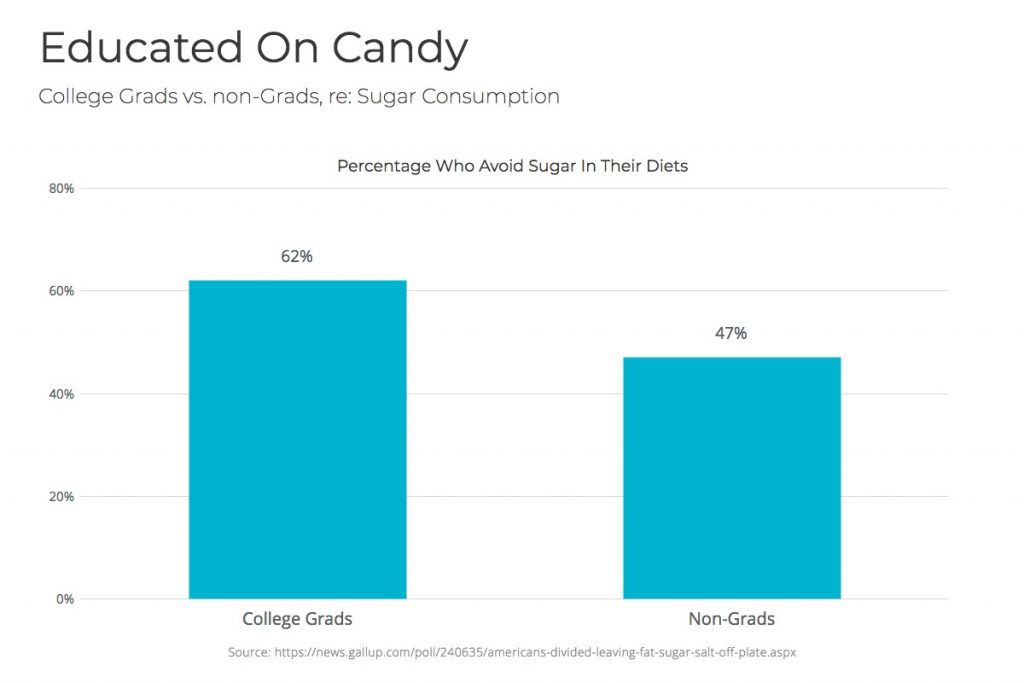 About two-thirds of college graduates avoid sugar, compared to less than half of non-graduates. When it comes to the dangers of sugar, education clearly makes a difference. 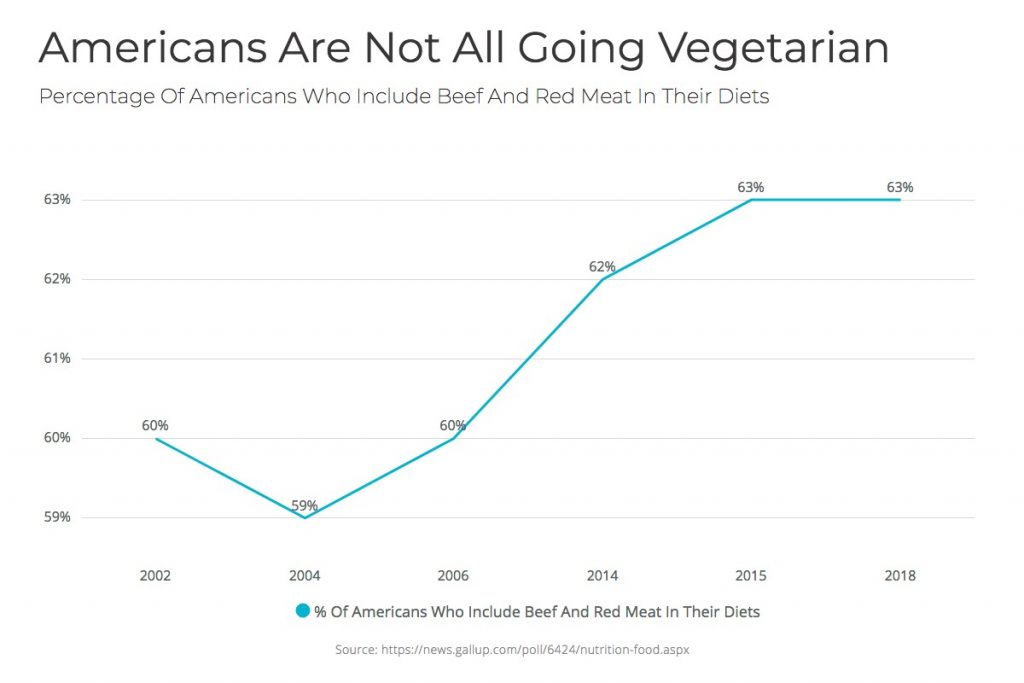 In recent years, many health experts have focused on the potential dangers of eating red meat. The majority of Americans, however, aren’t buying it–and have recently  been increasing red meat in their diets. Perhaps people have heard the news that saturated fats do not, after all, have any effect on cardiovascular mortality–as reported in multiple meta-analyses and systematic reviews of the data. Since saturated fats were always the main reason that people avoided meat, the de-vilification of this type of fat is very likely the reason that more people are now eating meat without fear. 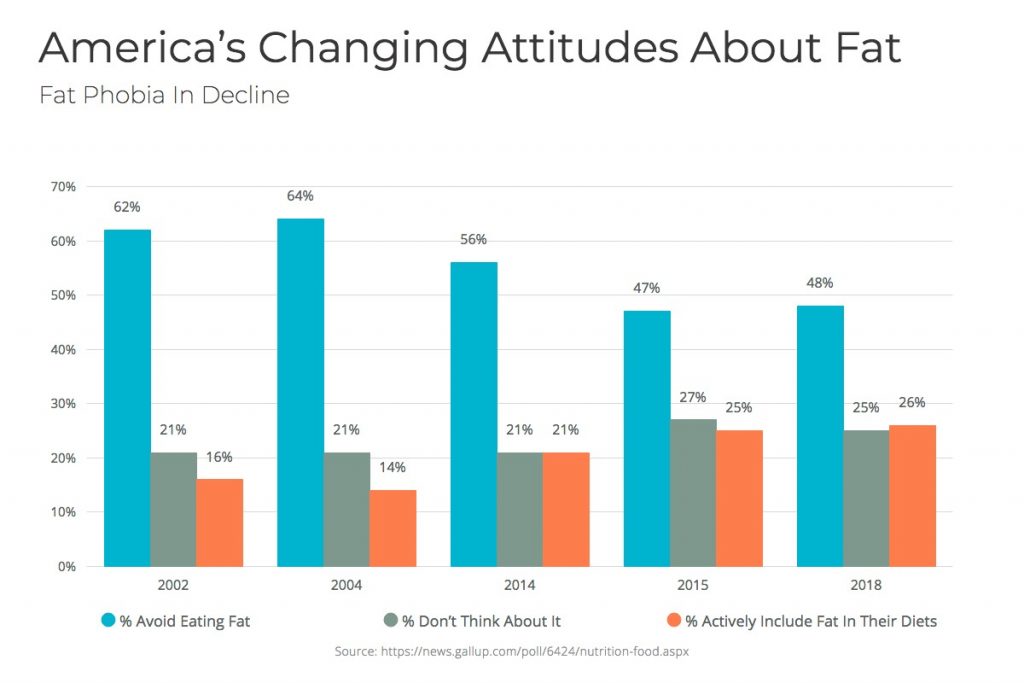 Over the past 15 years, the number of people actively avoiding fat consumption has steadily declined. Correspondingly, we see that more people are actively including fats in their diets, as shown below: 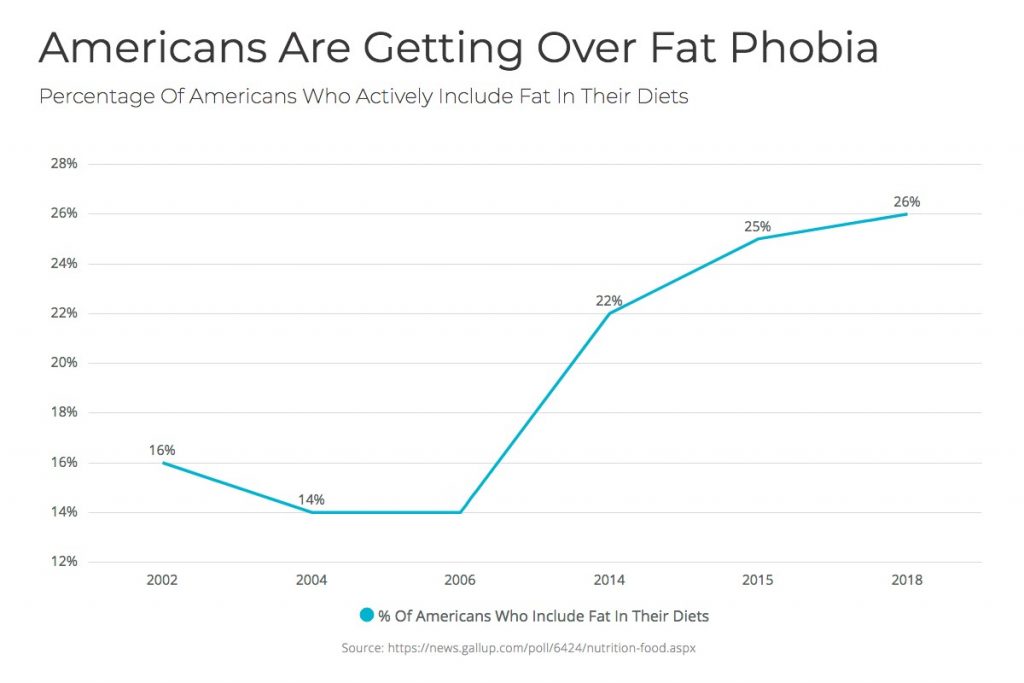 Clearly, a paradigm shift on dietary fat is underway. As I wrote in an op-ed for CNN.com, “The Fear of Fat is Melting.”

To read the full survey results, visit the Gallup website.